Back to Blog Home
Stop Using IPA to Clean Your PCBs: 4 Reason Why

PCBs (Printed Circuit Boards) need to be clean to perform their best. IPA (Isopropyl Alcohol) has been used for PCB cleaning since the 1970s. But IPA might not be the best option. Here’s some reasons why.

IPA isn’t a great cleaner. It has a Kb (Kauri-butanol) value of about 50, meaning it’s not strong enough to tackle the tougher-to-remove lead-free and no-clean flux residue commonly used today. It also isn’t very good at removing greasy or oily fingerprints.

It’s Mixed with What?

IPA sometimes is mixed with water to reduce costs. For instance, rubbing alcohol purchased at the drug store is typically 20-30% water to reduce the price. However, this dilutes the IPA’s cleaning power.

IPA is also hygroscopic. That means it attracts moisture to itself which, like with rubbing alcohol, dilutes the IPA’s cleaning strength. The IPA continues to absorb moisture until it simply no longer cleans well.

IPA also pulls contaminants from the air and leaves them on PCB surfaces it dries. Some PCB makers try to mitigate this by using 99.9-percent reagent grade IPA. But, no matter how pure the IPA is when purchased, it quickly gets contaminated the first time you transfer it into a pump bottle or other container.

There are better cleaning fluid options on the market for PCB cleaning. With an HFC, HFE or HFO-base, like the lux removers that MicroCare offers, they are typically stronger than alcohol, so they clean PCBs faster and with less fluid waste. They have the power to remove lead-free and no-clean residue quickly and efficiently with just one application, minimal soaking and less scrubbing.

They also come in hermetically sealed containers that keeps the cleaning fluid inside fresh and clean. And it won’t spill if it tips over.

IPA is flammable. It has a relatively low flash point of about 15 degrees C, about room temperature, and can easily cause a fire. IPA requires needs to be careful handling and storage. It should never be used in uncontrolled aerosol sprays or in open trays where it might spill, or even worse, generate vapors that can easily ignite from a spark. Be sure only to use IPA in an area with good ventilation and keep fire extinguishers available in every area where they are used.

IPA’s flammability also makes it difficult and expensive to ship. It often requires special labeling, careful handling and expensive hazardous freight charges.  Instead of using flammable IPA, choose a nonflammable MicroCare Flux Remover. They are typically more expensive than IPA, but they are engineered for fire safety. They are also usually classified as nonhazardous and nonregulated, making them easier and less expensive to ship, even by air.

IPA is a VOC (Volatile Organic Compound). This means it produces low-altitude smog. Many areas here in the United States and across the globe have strict regulations limiting or even barring VOC substances. Before using IPA to clean, check with the appropriate regulating agencies in your area to ensure IPA can be used legally without violating any clean-air legislation.

A better option is to use one of the Microcare environmentally-sustainable PCB cleaning fluids. Choose one with a very low or zero ODP (Ozone Depleting Potential) to meet the current VOC standards and regulations and any that may evolve in the future.

What do you use to clean your PCBs? Is it IPA, or something else? Let us know how that’s working for you. 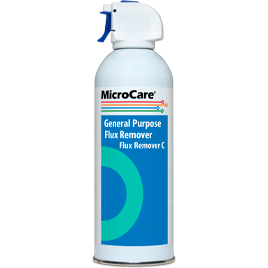 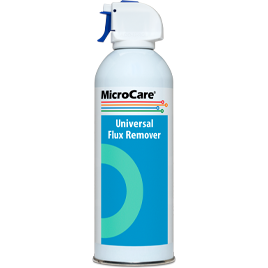 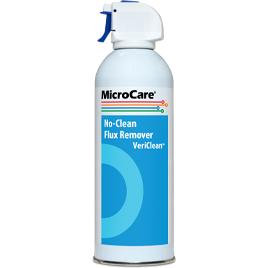