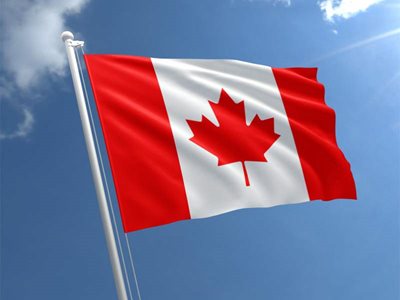 The government of Ontario, Canada has become concerned about the long-term toxicity of n-propyl bromide (nPB) and about twenty other substances. Late in July 2017 the Ministry of Labor – Ontario’s version of OSHA in the United States — enacted new worker-safety rules which will restrict the handling and deployment of these widely-used chemicals.

Specifically, effective January 1, 2018 two rules — Regulation 833 and O. Reg. 490/09 — have been amended to reflect the revised occupational exposure limits (OELs) as recommended by the American Conference of Governmental Industrial Hygienists (ACGIH). These changes were included in the Ministry’s 2016 consultation “Proposed Changes Affecting the Control of Hazardous Substances under the Occupational Health and Safety Act.”

With these amendments, the new “30-year time-weighted average exposure” for n-propyl bromide (also called nPB or 1-bromopropane and identified by CAS #106-94-5) is adjusted downward from 10 parts per million to 0.1 parts per million.

In 2016 Ontario enjoyed a gross domestic product of US$630 billion which is about 39% of Canada’s total GDP. A huge proportion of Canada’s manufacturing sector — industries such as auto-making, food and beverage, fabricated metals and more — is concentrated in Ontario. Therefore, it is highly likely that many advanced manufacturing companies in Canada will be affected by this new rule, even though theoretically it is only a provincial requirement.

An unusual feature of this rule-making effort is the rules are scheduled to become effective very quickly, in less than six months, suggesting the government is moving with an unexpected sense of urgency. 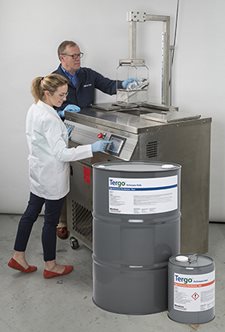 “This is an incredibly tight time-line the provincial government has imposed upon it’s industry,” said Dave Ferguson, Product Manager for MicroCare. “Quite often precision cleaning is at the heart of the manufacturing process; to make this change so quickly is like attempting to perform open-heart surgery on a patient who is out jogging.”

Companies in Canada have less than five months to review the applications where nPB is being used, identify possible alternatives, test and validate a new choice, and then commercially integrate the new cleaning fluid into their manufacturing process.

“This is a very significant change for manufacturing in Canada,” said Tom Tattersall, MicroCare Chief Executive Officer. “Companies can safely use cleaning chemicals with TLVs as low at 10 ppm, if they have the right equipment and the right procedures. But 0.1 ppm is a complete game-changer. Companies using nPB are going to have to quickly step up their game to avoid violating the new rules.”

Additionally, for companies using the products on this list of amended materials, new air sampling requirements have been proposed. These proposals include a requirement for employers to establish procedures for determining the airborne concentrations of these chemical substances and thereby monitoring worker exposure to these substances and their possible health hazards.

“MicroCare is unique in the world of critical cleaning,” Mr. Ferguson explained. “We also are the only vendor to offer all of the various types of in-kind nPB-replacements. We also are the only vendor with air monitoring options for both nPB and fluorinated liquids. For companies with only five months to make this change, it makes sense to call MicroCare and get one-stop shopping, from the vapor degreasing experts.”

MicroCare offers a number of nonflammable, drop-in replacement fluids that can replace nPB in many environments. The #1 choice probably is the new Tergo™ Metal Cleaning Fluid, but some of the many other choices may fit your application even better. A partial list of these choices might include:

Don’t delay — contact MicroCare today and get started on your transition.